KL To London: KL To Kampar

KL To London: KL To Kampar 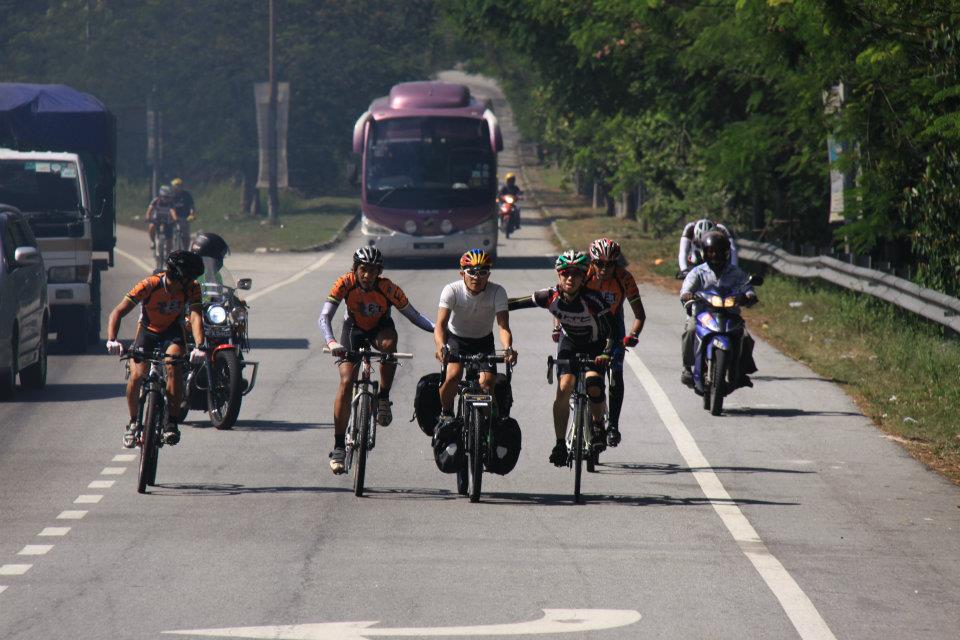 When it was time to flag off, I turned for a final glance at these faces I wouldn’t be seeing for a long, long time. Funny enough, I almost lost balance when I started pedalling and immediately I exerted myself to keep the bike upright. There’s way too many people watching for me to falter. Embarrassment was really not an option. Then my legs started chugging away like the well-oiled machine that has worked at the same task for years and before long, I was metres away from the group who came to see me off. 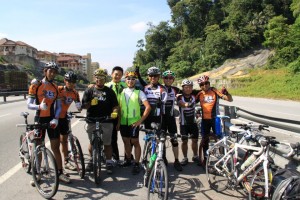 I wasn’t alone though, at least not yet. 10 of my friends were cycling with me and we were escorted by two traffic policemen. In those minutes that I was surrounded by this entourage, I felt like quite a bigshot. Haha. It was a Tuesday morning and just for us, the police had blocked out roads from Jalan Loke Yew to Jalan Kuching at possibly the busiest hour of a regular working day. I thought about how these cars stranded bumper-to-bumper would be cursing under their breath at the bunch of cyclists hogging the road – us, to be specific. 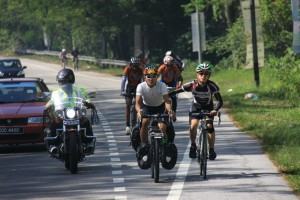 The guys were with me till we got to Selayang. We made a stop and I made sure to hug everyone while holding my feelings in. They left, all at once and once they did, it was as if hell broke loose. Shit. This is real. I was about to ride to London alone. I had scheduled the first day to get myself to Kampar, Perak. The afternoon sun was scorching and all that was on my mind was the 178KM from here to Kampar. 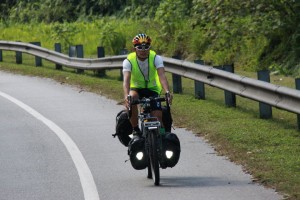 Hours I went, only grabbing fruits and mineral water as sustenance after lunch at a local Malay store in Tanjung Malim. After passing Bidor, it started raining and damn, it was a heavy downpour. I knew I couldn’t stop if I wanted to get to Kampar in time. I was drenched and when I say drenched, I mean it. My socks and shoes were wet inside out and I didn’t have spare ones. I couldn’t afford to bring any with the luggage already weighing 60kg. 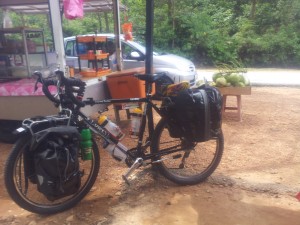 160km later, I started doubting myself. It’s just day 1 and I’m suffering as much an ant trying to cross the road. Then I realized that there was no going back. The only way for me to return in KL is to get to London.

8pm, I finally got to Kampar. I was received by a welcoming party and a RM5000 mock up cheque for MAA Kidney Centre. It all took me by surprise but hey, if this was how it ended everyday, I wouldn’t mind these 180 days at all.