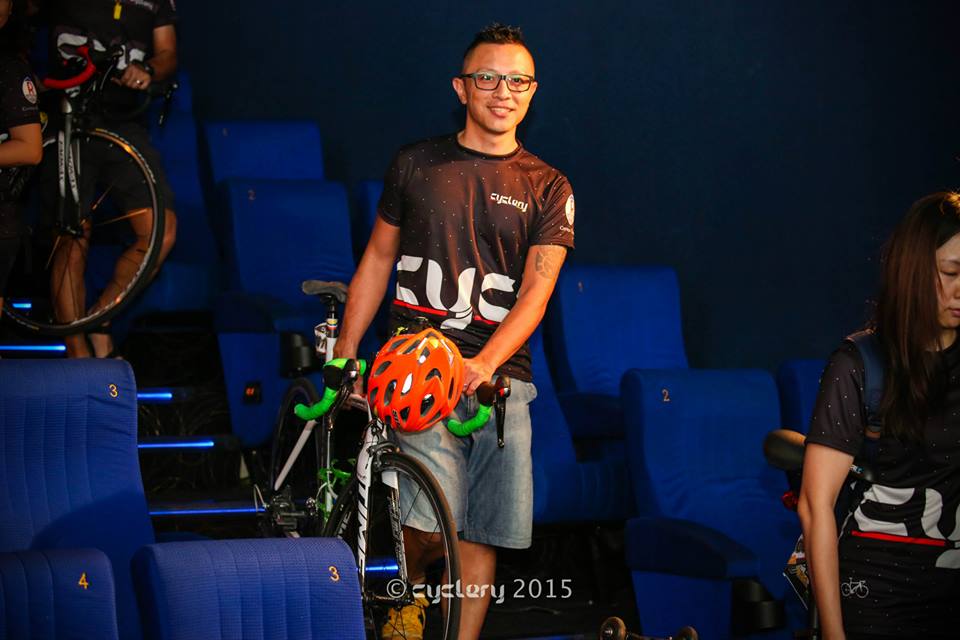 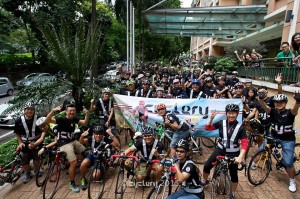 I’ve never been in a cinema with my bike. That was until the 8th of August. Cyclery is a bike shop that doubles as a cafe in the rather suburban area that is Damansara Perdana and they approached me to be the face of their Popcorn Ride event. Whatever you’re thinking when I say Popcorn Ride, that’s exactly it. The agenda of the event put together by Cyclery was for people who enjoy cycling to take a joyride that leaves from Cyclery to The Curve at Mutiara Damansara where we would watch a movie and yes, eat popcorn! 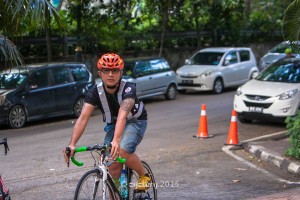 As with many other cycling events, the circle of attendees is relatively small and I stumbled upon a lot of my cycling buddies there. We left Cyclery on our bikes at about 12.30pm and the ride took us less than 15 minutes, given the short distance. Following the lead of the Cyclery crew, we went into the loading bay – men, bike and all – and used the moving elevators to get to the cinema. 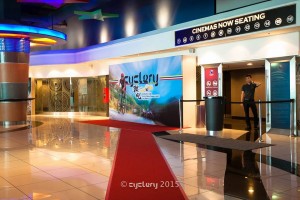 To my surprise, there was a huge banner with my face plastered on it as well as a red carpet rolled out for us. It was quite a feeling to be welcomed like that. After we were done with taking selfies and group photos, we got to walk our bikes into the cinema hall where we were served popcorn and drinks and a hall all to ourselves. 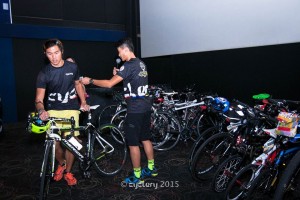 The movie was, to no coincidence, To The Fore,  a Taiwanese film that centred on the lives of competitive cyclists and one I’m sure everyone in that hall that day could relate to. 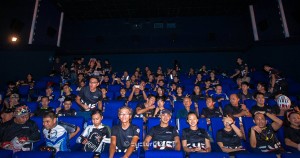 I’d say that I’ve experienced a lot when it comes to cycling but not this. Cycling to watch a movie and being able to park my bike in a cinema. What can I say – there’s a first time for everything!