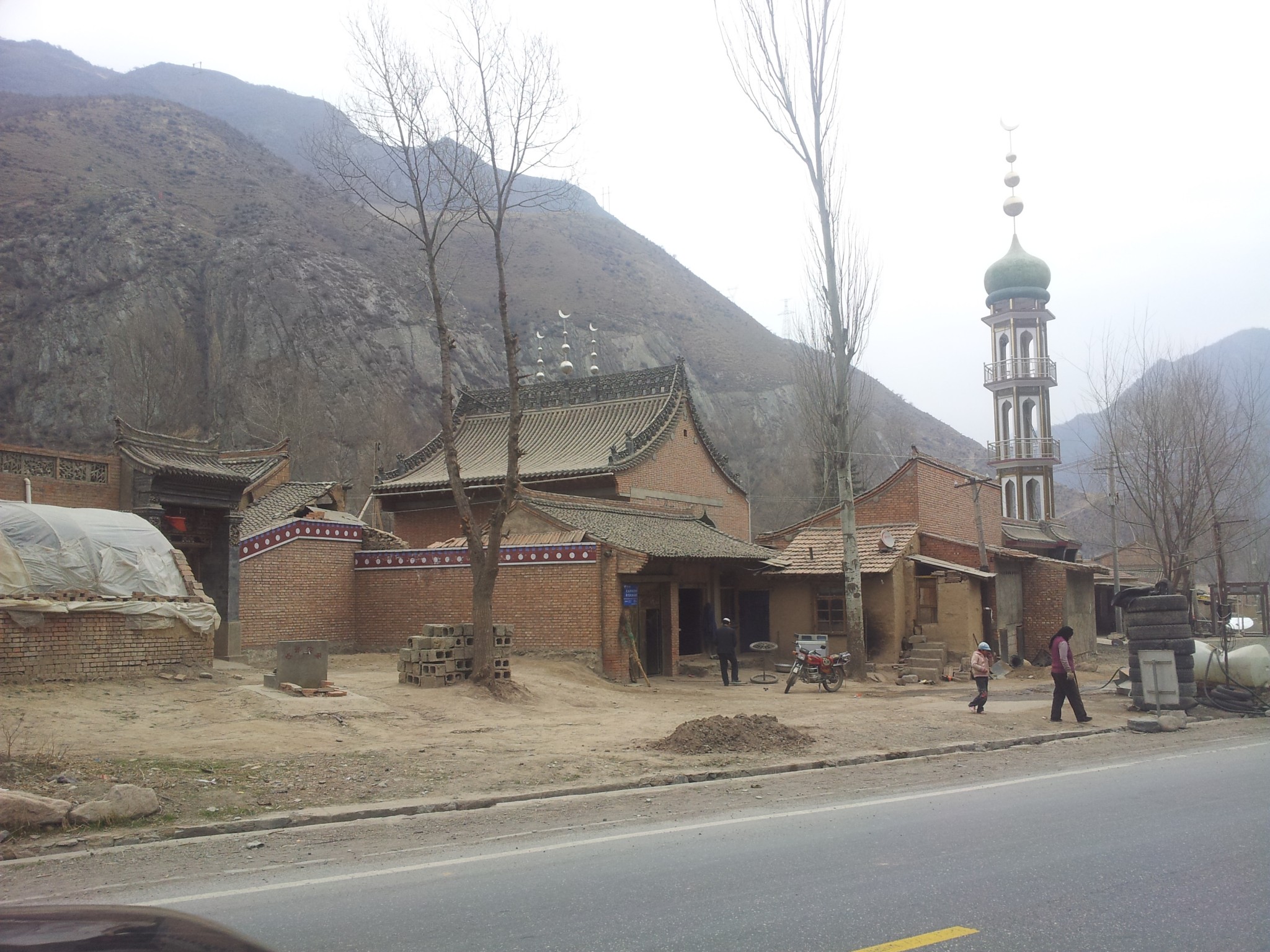 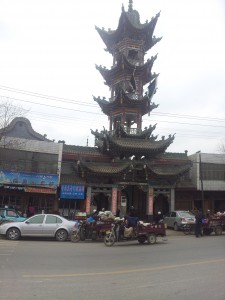 After a long ride, finally I manage to reach Lanzhou in the afternoon. The weather was nice here, not so cold compare earlier. With the population of around 3.5 million, Lanzhou was the capital and largest city in Northwest China. The city acted as a transportation hub in connecting further west rail. The elevation now was around 1700m, it was almost the height on Genting Highland!! 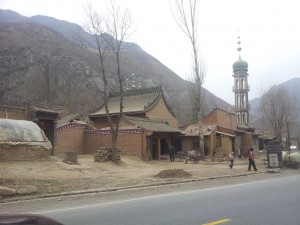 Majority of the population here were Muslim. Therefore, you could see the building was difference along the way. Another thing that I would be going to try was Lanzhou BEEF Ramen Noodle!!!! As I was told that there was more than 1000 beef noodle restaurant in Lanzhou!!! Can’t Waitttt. 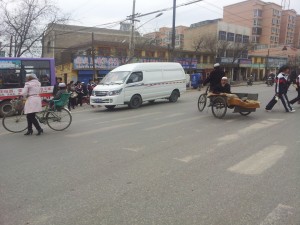 As majority of the population here were Muslim, Most of the guys were wearing “Kopiah”. They were polite and normally will put their smile on their face. Seem like they were enjoying their life without any hurdle.. 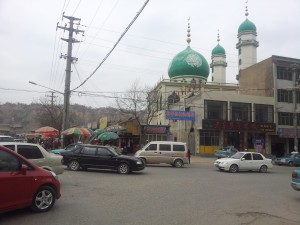 Mosque could be seen everywhere in Lanzhou.. Feel like I am in Malaysia. But then I notice that the top of the mosque was only a half moon compared to a star and half moon in Malaysia…Can anyone explain on this? 🙂 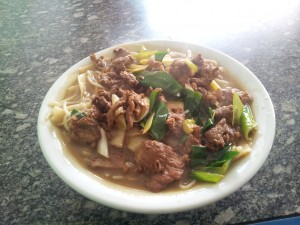 One of the best Lanzhou beef ramen that I had…it was so tasty!!! I gave it five star. The taste was a bit different than the Lanzhou ramen in Malaysia. The beef was delicious and chewy, the soup was just nice, not salty….The noodle was smooth…I can’t describe it anymore…I could eat this every day…Thumb UP 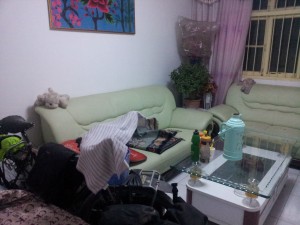 It’s been a long day…I am totally exhausted. Luckily I found a place for me to stay. The room was warm and cozy although sleeping on the sofa, I have no idea how fast I got into sleep….