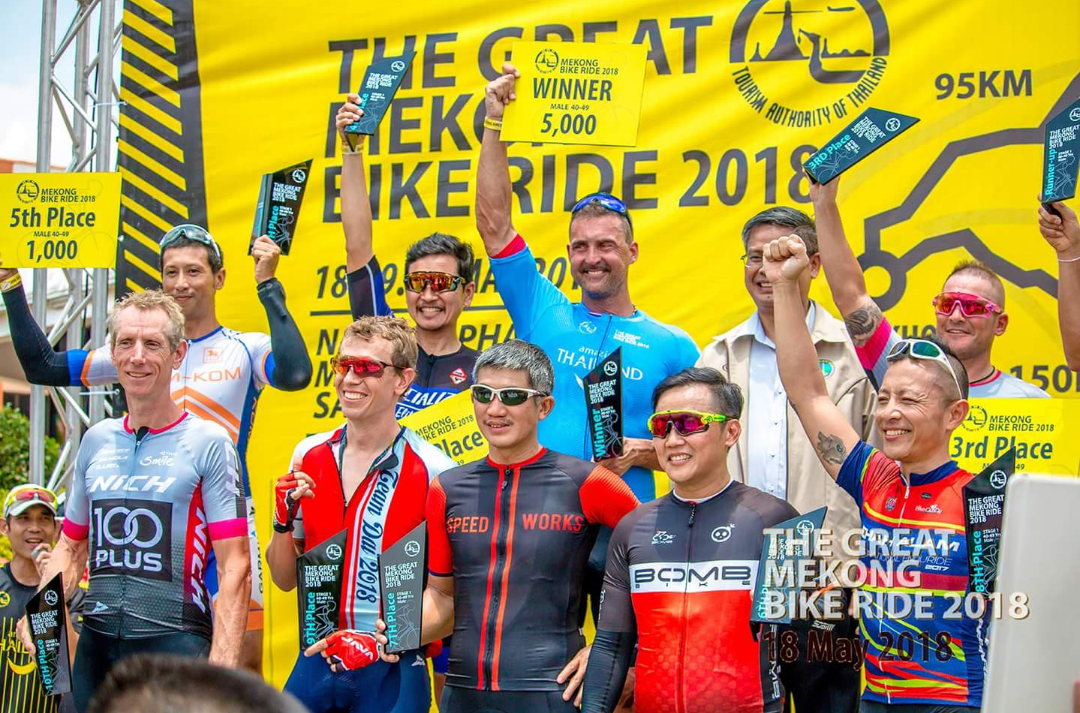 For thousands of years the Mekong River has been an important conduit for people and goods between the many towns on its banks. Mekong River also known as Lanchang river (澜沧江) in China. Mekong River was the longest river in South East Asia, the 12th longest in the world and the 10th largest in terms of volume. With total length of 4880 km, half of the length of Mekong River was set in China, while the rest flow to  Myanmar, Laos, Thailand, Cambodia, and Vietnam. 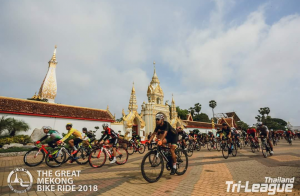 Along the Mekong River,  the river were being siphoned off by large dams, small dams, canals and irrigation projects along it tributaries. There were more than 50 dams built by the Asian Development Bank have built on the Mekong in recent decades. There are plans for many more. 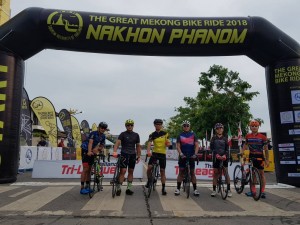 We arrived at Nakhon Phanom for “The Great Mekong Bike Ride 2018”. The city is one of the northeastern provinces (changwat) of Thailand. The City was surrounded by mountains and along Mekong River. Day 1 stage 1 morning, six Malaysian cyclist join this big event. We able to have group photo before the opening ceremony. Phi Lip, Lyon Lee, Yen Lim, Eric Seow, Wayne Ong and myself. 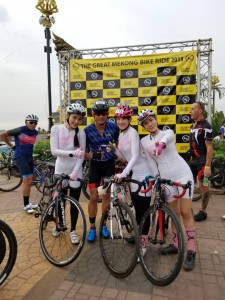 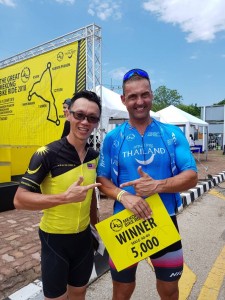 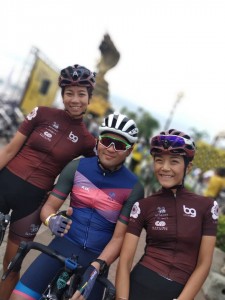 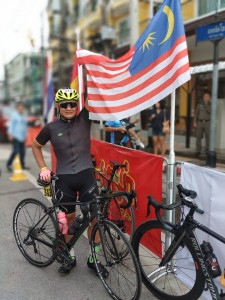 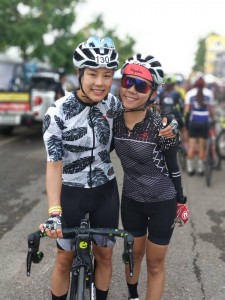 I never been to this province of Thailand before. All I know is abit of the elevation and the distance for each stage. The race has divided into three stages with difference distance from place to place. The first stage will be started from Nakhon Phanom to Mukdahan with the distance of 127km, while second stage will start from Mukdahan to Sakon Nakhon with distance of 150km, Stage 3 will start from Sakon Nakhon to Nakhon Phanom with distance of 95km. All in all, the whole distance from starting to finish point has covered with total of 372km. We will be crossing small towns, villages, national park, mekong river, hills, plantations, school, temples etc….. 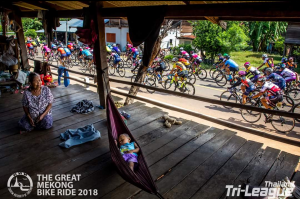 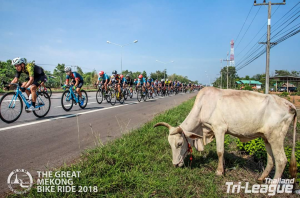 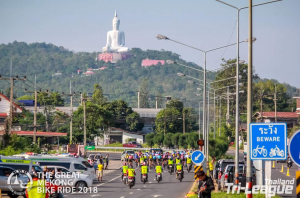 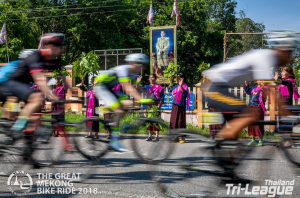 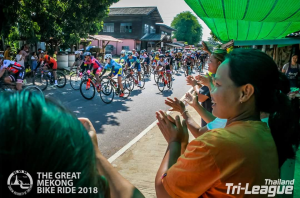 The scenery was unforgettable and I enjoy the weather too although it was hot….HAHA 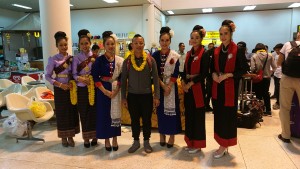 We were getting super warm greetings from the local peoples, students and children in each stage. Those warm welcome from them has energized the participant, we were feeling like celebrities in town, such a wonderful experience! 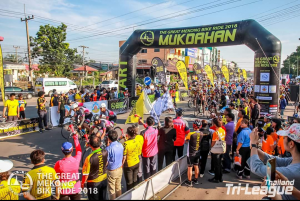 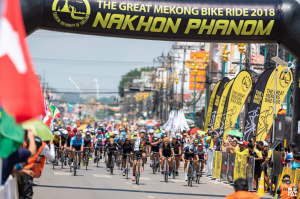 We also would like to express our gratitude for the Thailand tourism and Tri-League organizer, that provided 5 stars “hospitality” for the participants. Also many thanks for the charity contributors such as photographers, support vehicles, aid stations, volunteers, F&B..etc…you guys has making us a good memory for this 3 days! 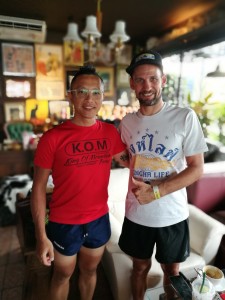 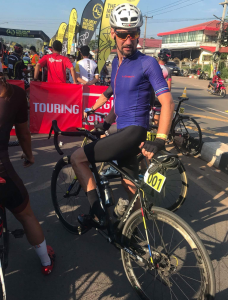 It was my honour to meet one of the world class climber from France, Peter Pouly. We were so lucky that we could ride together in the same group. Guess how old is he? We were actually same age!! But I look younger tho. HAHA 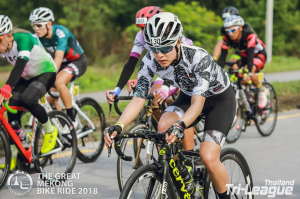 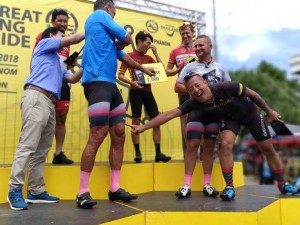 Apart from home participants, there were international participants who came from Taiwan, Laos, Singapore, Ireland, Australia, UK, France South Africa, Slovakia, Canada, etc.. It was an international event. It was not only a race, We share our stories and build our friendship together. 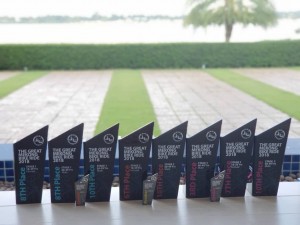 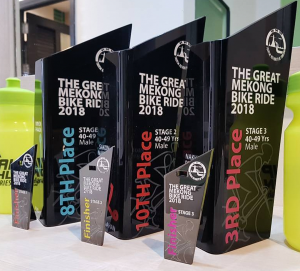 Look at all those trophies that we have brought back to our country! Lyon Lee won on stage 1 while Phi Lip got his podium on stage 3 ! 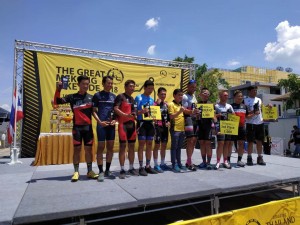 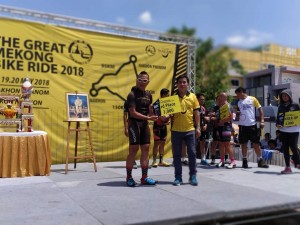 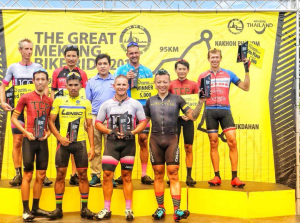 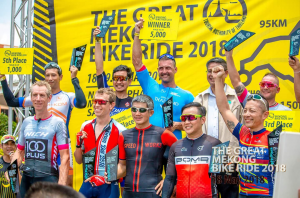 Congratulation for Yen Lim, the only female from Malaysia and myself get stage 1,2 & 3 podium. 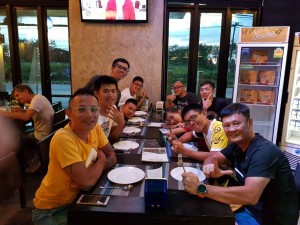 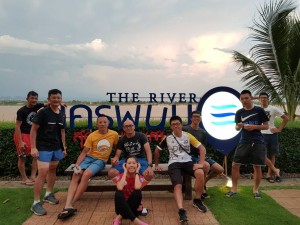 Have a good celebration with taiwan team after the race. Having a good chit chat, sharing experience with them. Hope to having a race with them in the future.