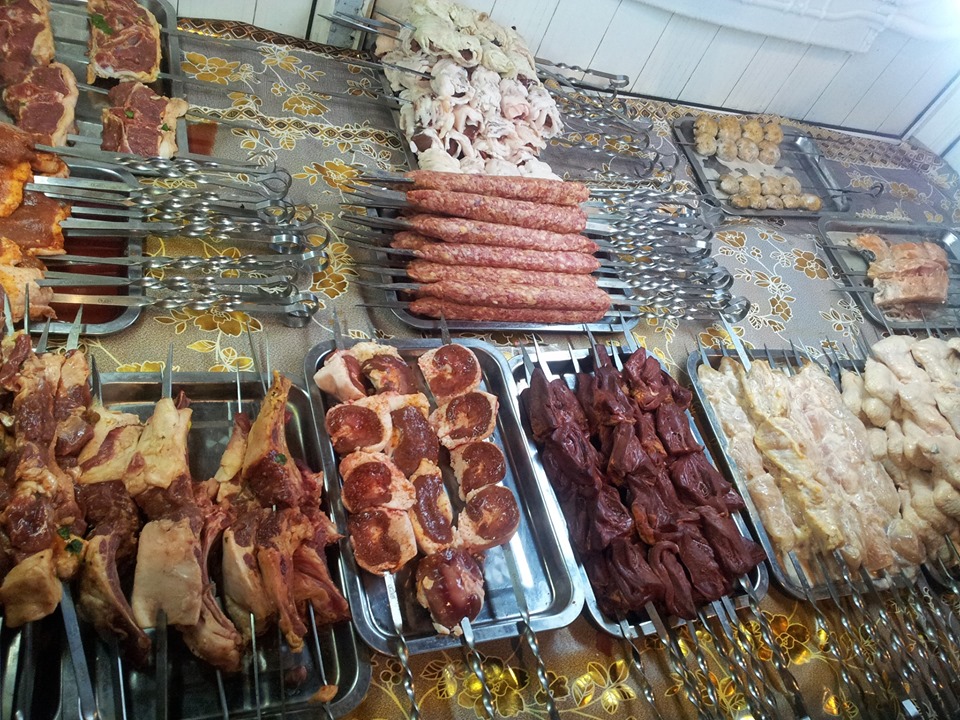 Have anyone ever tried horse and camel milk before? This is my first time drink it, the taste was so strong compared to cow milk…Madi told me that the people will get stronger when you having one of these everyday… ok… I am out. 😣

On the way back from Astana to Almaty, spend some time to learn some basic vocabulary from Madi so that it will not be boring for the whole train journey.

Passby a stall selling shashlik, the smell was so tempting and I had to stop and had a few skewers.

Went to a wet market in Almaty, you can browse variety of meat. Madi bought some horse meat and he mentioned that tonight diner will be horse meat. This is my first time trying it.

This monster called salted fish Vobla, I bought this on the train when passing Balkhash lake. You can saw many locals selling at some stations. Another great thing to mention is the consume of alcohol in Kazakhstan. The people was only allow to consume alcohol inside the restaurants, bar or in their house. Remember, never consume alcohol on the road side or the public place, the police have the rights to issue ticket to you.

Vobla fish that cut into small pieces, it was a great snack to have beer together.

The horse meat has been cut into pieces with the potato and throw it into a bowl. I have been told that it should be cooked for minimum 2 hours in order to be consume. It was my first time having horse meat, but the smell was quite good, it was full of oil came out from the meat when cooking. We could consume the oil and the soup together afterward, can’t wait to taste it!!

The meat and potato was well cooked now and taken out from the bowl of soup, it was ready for our dinner.

It’s been 4 days I did not cycle and my bike was park inside Madi’s house.

Madi also invited his his friends to come over for diner. They were really friendly all from different background. Our conversation was getting more excited and funny. Madi becoming a translator between me and his friends, he was very busy during the diner, haha!!