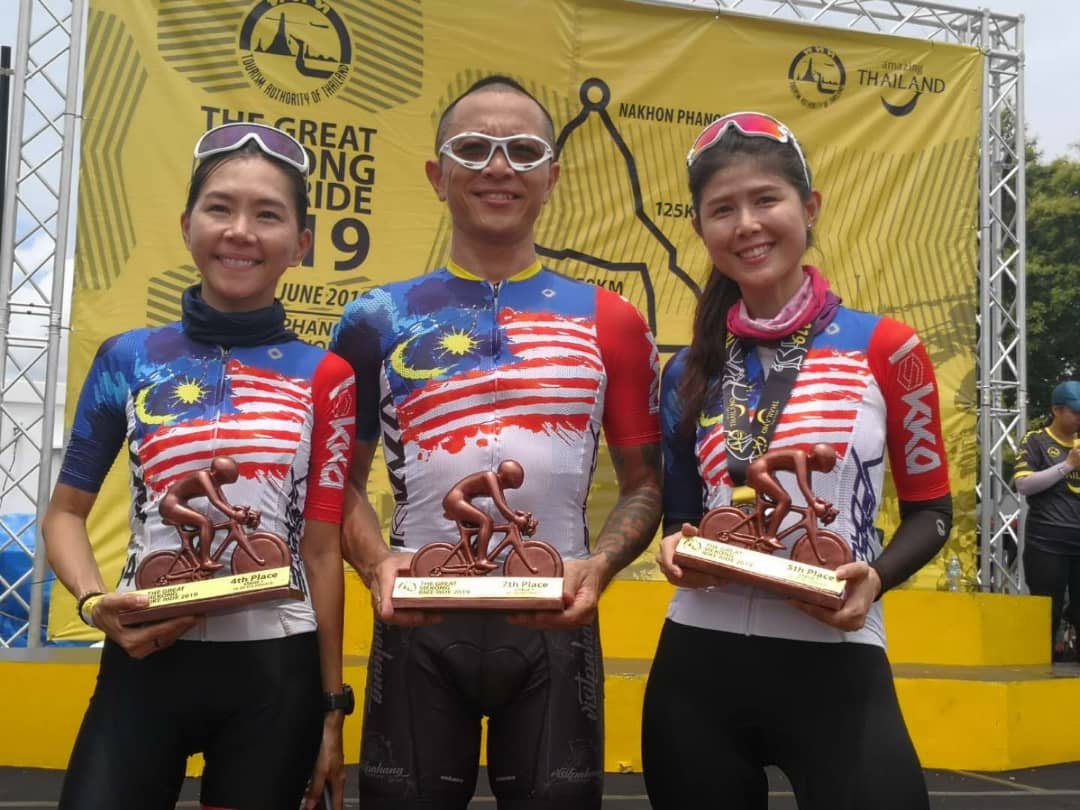 I am excited to once again be back in the Great Mekong Bike Ride 2019 on the week of 28-30th June 2019. This is my second Mekong Bike Ride since last year. It was fun, challenge and a great memorable experience. There were more than 2000 Thai and foreign road race cyclist participate on this events.

During my young age, I was quite fed upon my life and I found out that my life was miserable and meaningless. It took me some time to get out and live my own life. I had owned my first car at the age of 18, I believed that everyone could achieve anything by working hard. Therefore, I work from day and night more than 15hours every day and only slept for 4 hours. All I know is you will get your payback at the end of the day. However, I quickly found out that my body could not stand anymore while I getting older. I could easily fell tired and sick and my health was shot down. I could even feel that it was hard to breathe sometimes.

At the age of 28, I had decided to change my current lifestyle and I talk to myself “is enough, its time to change”. One of the main thing that trigged is the same age friend had passed away because of health issue. Money can’t buy health, even though you earn a lot of money but you will have to pay it for the hospital bill. I also think that money could not buy happiness, couldn’t agree no more. Every Chinese New Year you wished or you get wished from people “身体健康” (Healthy Life) but the reality was always been a difference, most of the time we just ignore our health and go for wealth. Therefore, I decided to change my direction toward “健康(healthy) is 财富 (wealth). I don’t want to regret at the end of the days as I had seen many cases from my friends and they told me that they had finally understood that health is more precious than wealth.

Afterwards, I started to travel, seek and learned from many nutritionists about how the human body works. The study of longevity genes is a developing science; longevity is influenced by genetics, the environment, and lifestyle. However, many people think that life expectancy is largely determined by genetics. However, I agree that genes play a much smaller role than originally believed. It turns out those environmental factors like diet and lifestyle is the key. Hence, I started to change my lifestyle and environment. I choose to be friends with people with positive and motivated. I had found out that my life becomes more peaceful and healthier when I changed my daily lifestyle. I had set to myself that I had to sleep at least 8 hours a day. Apart from work, I had to keep myself healthier by doing exercise every day.

Apart from that, knowledge is very important; as we should keep learning throughout our life, never stop to learn a new thing. I don’t mind what was the result; at least I had tried and experienced it. I will also get some answer along the way…

About The Great Mekong Bike Ride 2019

The race was cover nearly 400km in 3 days and started from Nakhon Phanom.

Stage 1: King of Speed started on 28 June over a distance of 100 km from Nakhon Phanom to Sakon Nakhon, with the route following a main highway.

Stage 2: King of Endurance is on 29 June over a distance of 150 km from Sakon Nakhon to Mukdahan, with the route comprising highway and some hilly roads as well as a climb.

Stage 3: King of Khong is on 30 June over a distance of 125 km from Mukdahan to Nakhon Phanom with the route following a main highway along the Mekong River.