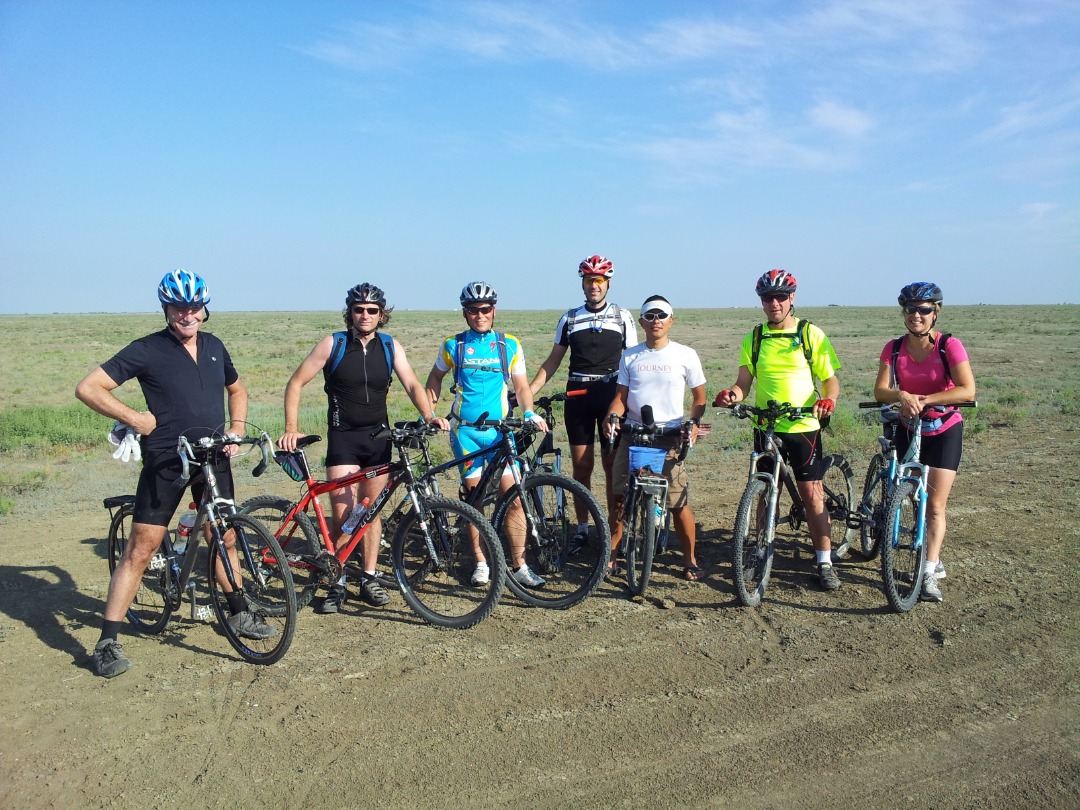 I joined the Atyrau cycling club for a ride today. I met one of the members in a bicycle shop and he invited me for the morning ride with his friends.

Riding a bicycle will give u alot of fun, we enjoyed it very much. They were laughing while watching me riding a touring bike wearing a pair of slippers. HAHA

The whole tour was around 30km with this kind of road condition.

The ride was fun and challenging. I have been tested during this morning ride. They all really go at full speed and hope that they could drop me behind. Luckily I could stay on pace with them until the end, HAHA

After the morning ride, they insisted on offering me for a bike wash with the lubricants.

Seems that everyone was happy and satisfied with the bike wash. They were all foreigners who came here to work at Atyrau. Besh wish for them

The country covers mostly flatland since I entered and passed Almaty, Bishkek, Kyzylorda, Aralsk, Atyrau. By the way, I have been told that the country has an extreme continental climate which is very cold during winter and hot during summer.

Happy birthday to Happy Feet Azam Syukor, you can see how happy he was when he saw the birthday cake

Most of them were speaking Russian or Kazakh, I need a translator for during our conversation, haha…