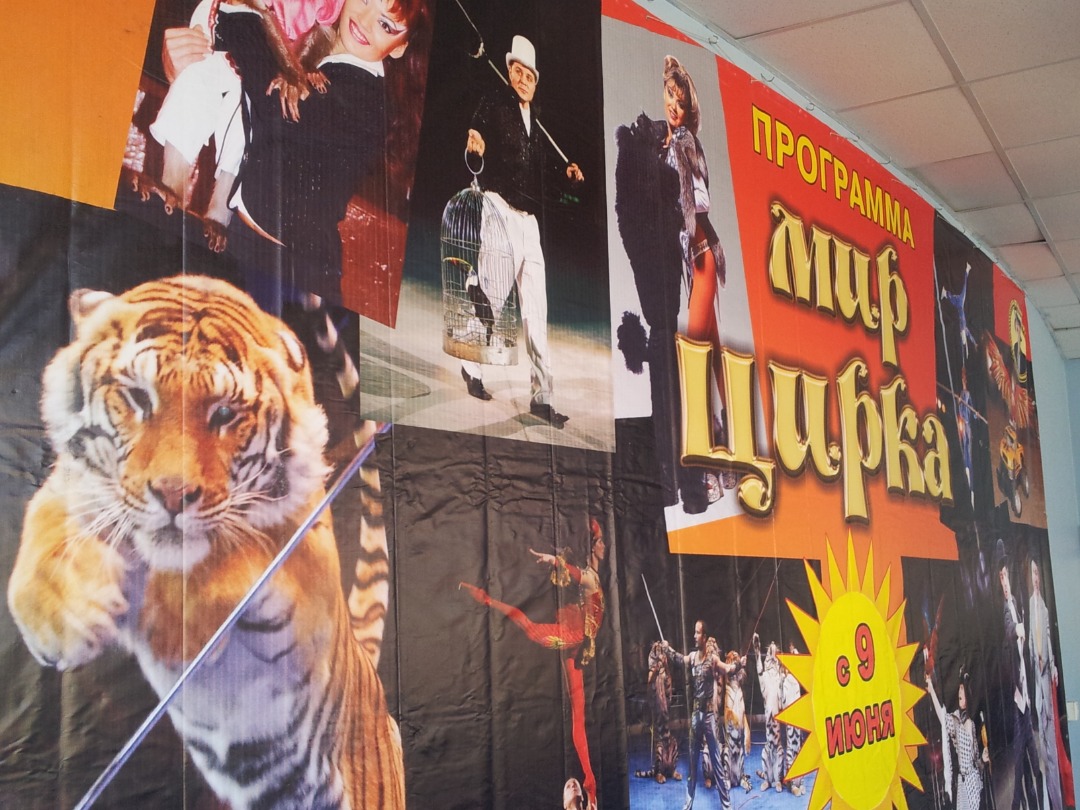 I have passed by a stadium which is performing circus, I don’t know, or it is just a regular show just like cinema in Russia. However, I have been told that the circus has played an instrumental role in the rich cultural traditions of Russia. In the country, the circus is regarded as an art form on par with the ballet or opera; a showcasing the varied talents of highly skilled and creative artists.

I still remember my parents brought me to the circus when I was small, I think it is somewhere in Kuala Lumpur by Royal London Circus, can’t really remember what it’s like.

Surprisingly, the crowd was almost full, and more and more people were coming in. I was really excited while waiting for the show to start.

In less than 10 minutes, it was already full of crowd.

Birds show, it really amazes me as those birds flying from point to another point, like they were knowing where to fly.

Wow, they even got a dog show! Those dogs were really smart, they trained them very well.

Acrobatics shows, those performers were really skillful, they must have spent a lot of time in training. I truly respect on their determination

There is a 30 minutes break after 1.5 hour of excitement. You can roam around the stadium, go to the restroom or grab some food.

Many kids went for the photography session with the animals and face paintings.

I wish to have a face painting but the queue was too long and all of them are kids, hahaha

The shows resume in sharp after the 30minutes break.

The second half show is the wild animal in the cage. There were around 5 tigers performing during the show. Wonder those animal will be torture if they did not perform well during the stage? hmmmm

Anyway, the show ends with a great dramatic, funny and excitement to all of the audience. Everyone stands up to applause during the end of the show. The performing time of the show was around 2.5 hours and it was totally affordable and worth it. It was really a great experience after a long long time back in Malaysia.