KL to London: Heading to Odessa

KL to London: Heading to Odessa 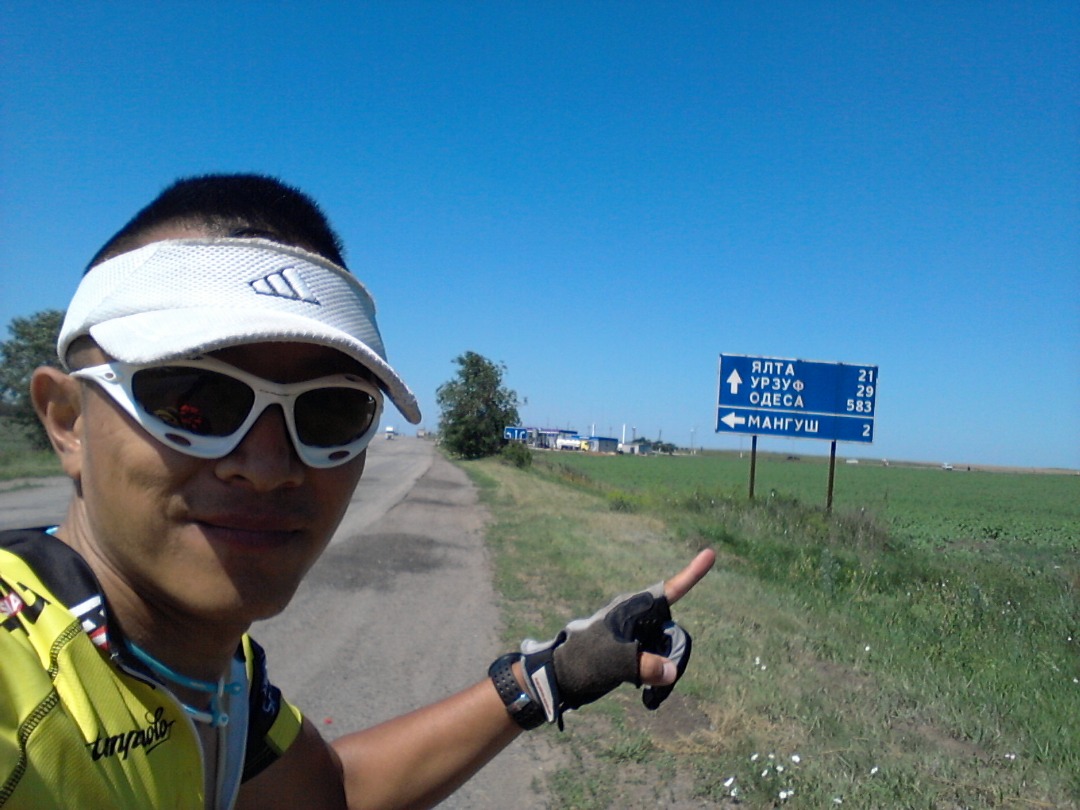 I am currently heading to Odessa, the third most populous city of Ukraine and a major tourism center. It is the city along the black sea and they call it “pearl of the black sea”, I am excited to check out what the city looks like. There is 600km to go, it was expected to reach the city in 3-4 days. In order to maintain my nicely short hair, I have brought along my portable hair shaver, which I use to trim my hair every week👌.

It was getting hot during the middle of June now, I think the summer is coming. As usual, I begin my day in the early of the morning to get my mileage done (normally completed around 160km per day). After that, I will search for a good spot for camping. I will take a short nap after lunch just like this beautiful little kitty does.

Thanks to Mr Eric from Kampar, Perak who sponsored Samsung Galaxy Note (1st version) for my trip. All the photos and videos were taken by this phone, it was almost 10 years from now, and that time it claimed to be the biggest size phone and no double this phone has superb pixel quality even though I view it from now.

My water supply is getting empty under the hot sun. I have entered a small village, Osypenko, to get some refills and get a can of coca cola. I found a small grocery stall in this quiet village operated by this friendly young girl.

Believed it or not, they know how to use Abacus!

I am so glad that I have got so many beautiful girls taking pictures with my dirty bicycle all along the way. After some patient conversation with them, I think they could barely understand where I came from all the way by travelling on this bike 🙂

There were both teenage during that time, I think they should be around 27 this year

Finally, I got my can of chilled coca-cola and refilled my water

After that, I spent some time loitting around this small village. As you can see, this is the landmark in Osypenko, Ukraine. This village is named Osypenko because of the last name for Polina Osypenko, he survived an airplane crash during the flight from Moscow to the Russian far East without landing. The monument shows the Mig-15 jet fighter aircraft, it was one of the first successful jet fighters to incorporate swept wings to achieve high transonic speeds.

It was 5pm, I have successfully done my mileage for today. I found a nice camping spot which is climb down the clift to the seashore of the blacksea. The water doesn’t seem black. Hahaha. Some say that it was came from dark color of the water or climatic conditions

A safe and nice spot for today.

It was 7pm now, it looked like 5pm in Malaysia.

Woke up at 4am in the morning. The sun rising from the East, it was where I came from…