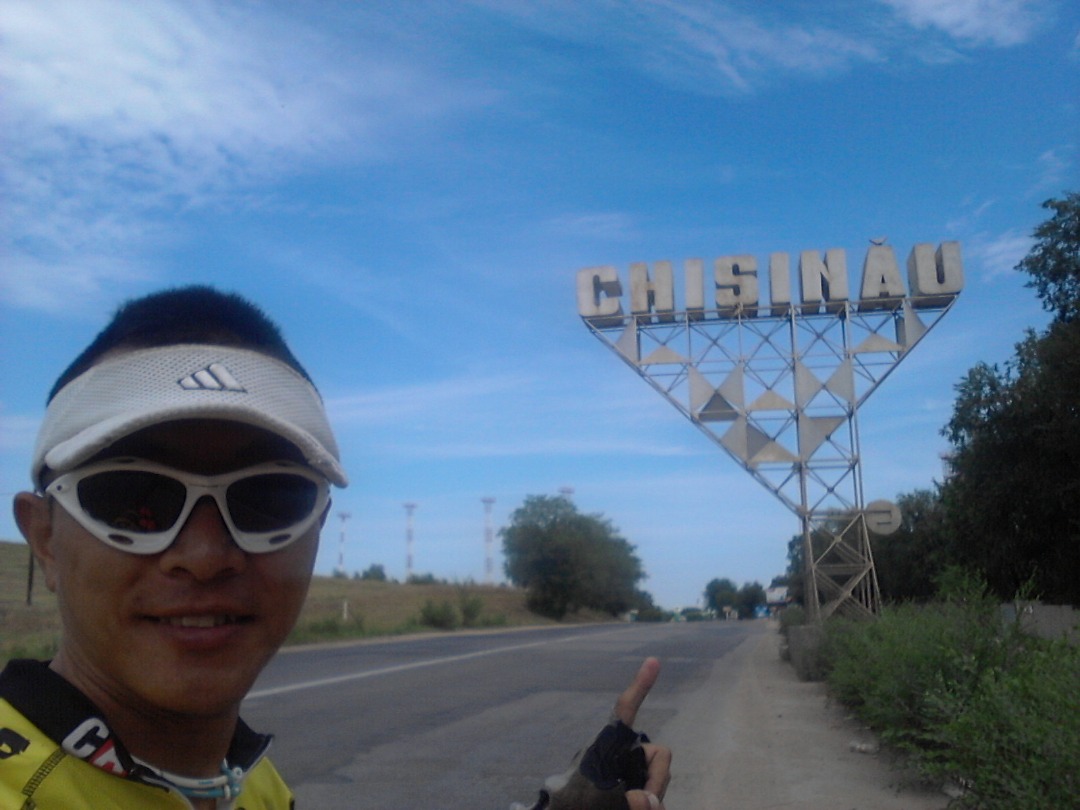 I never knew that Moldova had 2 governments during that time. They were using two different currency notes. I have to pass a border inside the country on the second day in Moldova. The border was guarded by the army with guns. I have been told to surrender all my documents to them. Unfortunately, the communication broke down, I was questioned many times by them for the reason I am passing through here. I was trying my best to explain that I am cycling from Malaysia to the United Kingdom for the 2012 Olympics and I hope that they could understand and will not interrupt my travel plan. At last, I was asked to give some money in order to pass the border and I was so relieved that finally they spoke out what they wanted. I slowly took out all the Moldovan Leu that I had changed in Ukraine and gave it to them. The amount was equivalent to about RM60. At last, I was free to pass the border. Cash is king, HAHAHA

Here is the photo that I took after passing the army broder, it was some kind of well made mock-up statue.

After passing the border, it was hard to see people around, everywhere was so quiet. The scenery was like having MCO lockdown in the country, hahaha.

It was another 35km to the capital city of Moldova, Chișinău. All of my Moldovan Leu has been given to the border but luckily I still have some dry food with me. I targeted to reach there in about 1 + hour.

I always make sure that I have enough water during the trip. My water bottles are full with cold water now, there was still plenty of water in my bag.

I got this cap from a village in Kazakhstan while sleeping in his house. The weather is getting hot now and I have to cut away the round top for full ventilation, am I looking handsome? Hehe

Zimbru Fan Club football stadium. I am not a fan of this sport but it looks well kept, good job.

Finally I have reached the capital city of Moldova, there is a mall in front of me. I hope that I can get some food and exchange some currency there.

Wow, Giant Bicycles can be found in this country, no wonder this is one of the largest bicycle manufacturers in the world. 👍

Christiannity has account more than 90% of the population in Moldova.

The 3 star hotel in Chișinău is around RM200 per night. There is a 5 star hotel nearby which costs around RM700+ per night, Nobil Luxury Boutique Hotel. Wish I had money to stay there…

I have allocated around RM55 to spend for my food for another 2 days, which I think is acceptable for me.

This Eternity memorial is dedicated to the Soviet soldiers who died in the battle against German-Romanian during WW2.